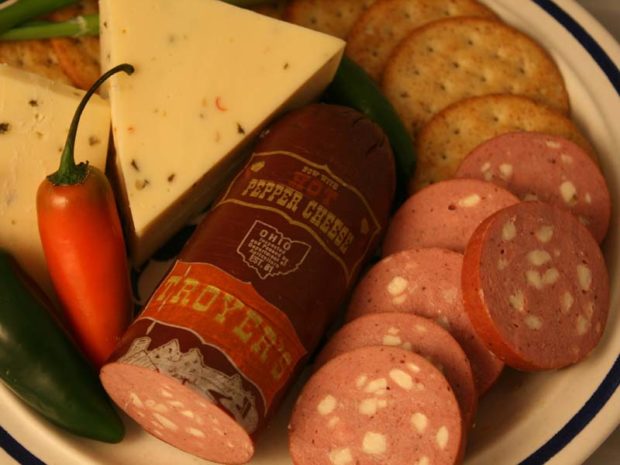 History of Troyer’s Trail Bologna with Hot Pepper Cheese
Trail Bologna was named after Trail, a village in Ohio that is too small to have a zip code of its own.  The Troyer family has been making their quality wood-smoked Trail Bologna here for four generations.
Starting in 1912, Michael Troyer created a unique blend of special seasonings to make his now famous all-beef Trail Bologna. The family continues the tradition of excellence to this day by making literally tons of the savory treat daily.
Though obviously no longer hand-stuffed, modern production methods have not altered the quality. It continues to be authentically wood-smoked for the same old fashioned good tasting Trail Bologna.