We continue our cheese glossary with the letter C! 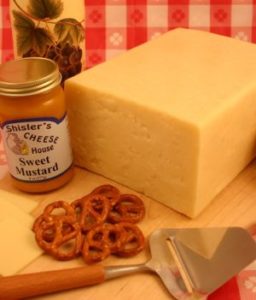 The main protein present in milk and, therefore, cheese. It makes up around 80% of the protein in cow’s milk, and is also highly present in sheep and buffalo milk.

Cheddar cheese has been produced in England since at least 1170.  A pipe roll of King Henry II from that year records the purchase of 10,420 lb. at a farthing per pound.  One suggestion is that Romans brought the recipe to Britain from the Cantal region of France, where it was adapted.
Central to the modernization and standardization of Cheddar was the nineteenth century Somerset dairyman Joseph Harding.  He has been described as the father of Cheddar because of his technical developments, promotion of dairy hygiene and unremunerated propagation of modern cheese-making techniques.

Made in the classical way, it tends to have a sharp, pungent flavor, often slightly earthy. Its texture is firm, with farmhouse traditional Cheddar being slightly crumbly. The ideal quality of Cheddar was described by Joseph Harding in 1864 as “close and firm in texture, yet mellow in character or quality; it is rich with a tendency to melt in the mouth, the flavor full and fine, approaching to that of a hazelnut.”

Chevre (shev-ray) is a term which denotes a cheese made from the milk of goats, with the word chevre meaning goat in French. It is a fresh cheese which resembles cream cheese. This type of chevre tends to be slightly crumbly, creamy, and may have a strong goat flavor. Soft chevre is often herbed or spiced, and may be decorated with flowers or rosemary. Creamy chevres tend to have more complex flavors and an almost buttery feel. It softens beautifully when exposed to heat, although it does not melt in the same way that many cow cheeses do. Firmer chevres with rinds are sometimes baked in the oven to form a gooey warm cheese which is ideal for spreading on bread with roasted garlic, or alone. When chevre is served hot, it is known as chevre chaud.

Colby cheese is a semi-hard cow’s milk cheese native to the United States. Its flavor is more mild and creamy than the flavor of Cheddar. Washing the curds during the cheesemaking process reduces the acid content, making Colby cheese less tangy when it is finished. Colby also has a higher moisture content, and it tends to be much softer than cheddar.

Colby cheese was developed in the late 19th century by Joseph Steinwand, the son of a Wisconsin cheese maker. Steinwand named the cheese for the town in which the family had built their first dairy, and Colby, Wisconsin continues to celebrate Colby cheese today.

Curds are obtained by coagulating milk by adding an acidic agent such as lemon juice, vinegar or rennet. The milk proteins come together in solid masses separated from the liquid. You will also see curds form if you have milk that has gone past its best.

This is the process of cutting into the curds to create more surface area so that the whey (liquid) can come away from the solids.

We know what cheese is, of course, but we want our cheese glossary to be as thorough as possible! For the avoidance of doubt or if you are simply intrigued, the dictionary definition of cheese is “a food made from the pressed curds of milk, firm and elastic or soft and semi-liquid in texture”.

As always, if you have words that you would like us to define in our cheese glossary, let us know in the comments!