Everyone loves bread; from Irish soda bread to Palestinian spinach pies, enjoy as we explore the bread of the world. 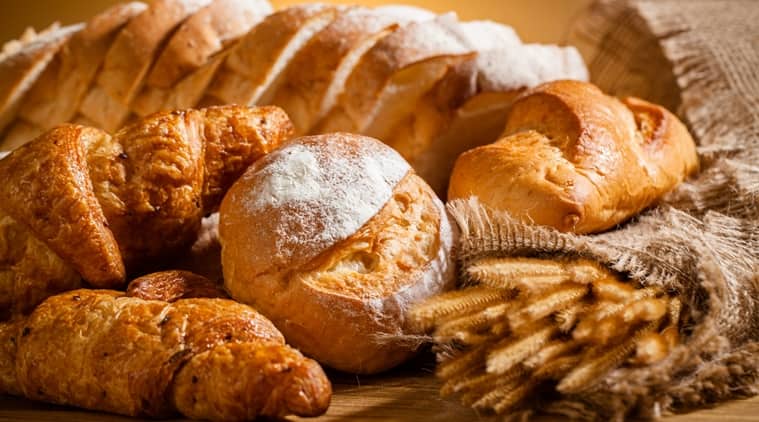 The secret to a tortilla rich in flavor is the masa being made from freshly ground white or blue corn. Fresh masa is widely available in cities of the large Mexican population, but a dry corn flour such as masa harina can also be used. In Mexico, the tortillas are flattened with a wooden press, and then the dough is pressed between sheets of plastic to keep it from sticking.

Gorditas are a favorite Mexico City street food. They are soft on the inside and crisp on the outside. These savory corn cakes make a good base for all types of toppings including shredded chicken to pulled pork. To make the gordita even more luscious you fry the dough in lard or butter instead of oil.

The spinach which fills the fatayers isn’t flavored with feta, instead, it is spiked with lemon and sumac, which is a tangy Middle Eastern spice. This recipe is from Palestinian- born baker, Maha Ziadeh. Ziadeh forms the pies into a triangle, however the regular half-moon shape is a lot easier to do.

Lavash can be a soft flatbread and is usually made with water, flour, and salt. The thickness all depends on how thin it is rolled out. Sometimes, the lavash is dusted with toasted sesame seeds or spices before baking.

The Ashkenazi Jews of Eastern Europe favor eggy challah bread as their Jewish Sabbath bread. However, the Sephardic Jews of the Mediterranean, enjoy their challahs with anise and caraway, thus calling it the Sephardic Challah. Usually, challahs are braided, but Sephardic Challah is twisted into a round, turban-shaped loaf. They do this by stretching the dough into a long rope and then they coil it.

Irish soda bread is a delicacy of Ireland but is also a traditional product to many poor countries- this is because it is made with only the most basic of ingredients: baking soda, soured milk, salt, and flour. It’s perfectly accompanied by corned beef and cabbage or simply smeared with Irish butter.

These rolls are gourmet rolls like no other. They are perfect for many different uses such as mini pizzas, mini flatbread, specialty sandwiches. It is a good idea to vary the toppings by season: using potato and rosemary in the winter and tomatoes and feta in the summer.