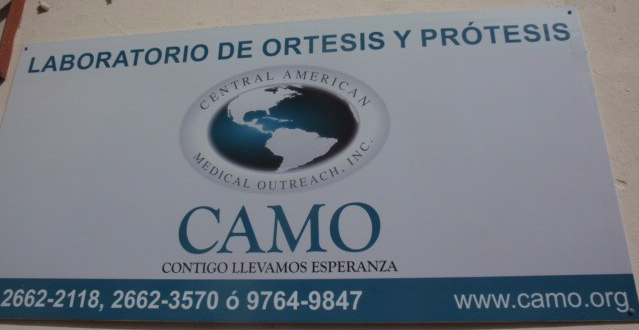 At Shisler’s Cheese House, giving back to the community has always been important to us.  We always remember that we came from humble beginnings ourselves.  But we are always cautious about who we donate our time and money to.  We have seen high profile national “charities” that direct more of their donation revenues to “administrative costs” like salaries and travel, than to actual operations and aid.  We began looking at CAMO because it was founded by a member of our local community who also happens to be a customer.  It passed our initial scrutiny when we saw how efficiently the U.S. operations were run and the volunteer labor was utilized.  But NOTHING demonstrated how much CAMO improves the lives of a disadvantaged people like witnessing its operations in Honduras.  Following are brief descriptions of CAMO’s ongoing operations in Honduras:

Anyone familiar with CAMO most likely knows the story of founder Kathryn Tschiegg having lost 31 infants in one month as a result of not having the supplies, equipment and educated staff to save them.  As a Peace Corps volunteer nurse in 1979-1980, she found the conditions of the Hospital de Occidente, the largest public hospital in western Honduras, to be unconscionable.  So she left a successful career as an RN to do something about it.  The easiest and most frequently taken approach in this situation is to “fix” what WE perceive is broken.  But that often yields temporary and semi-successful results.  So she, and the many team members who have joined her over the years have taken a more holistic approach.

The hospital, of course, is in much better condition, and has much better access to needed supplies and equipment.  But even more impressive is how the overall health in the region has improved due to much better access to preventive services.  CAMO, with the help of several local businesses, rebuilt the medical center in Santa Rosa de Copan, which was previously a dimly lit, poorly staffed, dilapidated old building.  Residents of the Santa Rosa and the surrounding area now have access to much-needed vaccines, routine exams, pre-natal care, cancer screening, X-Rays, dermatology, many surgical procedures, and even often neglected areas like Ophthalmology and Dentistry.  People with disabilities also now have access to assistive devices like hearing aids, prosthetic limbs, and wheelchairs.  Besides what’s available in Santa Rosa, CAMO also helps to equip and supply many facilities in the surrounding area, as well as send staff and volunteers out into other communities.  All of this has helped to greatly improve the lives of the people of Western Honduras.  But CAMO didn’t stop there…..

Another cause we are passionate about here at Shisler’s is preventing spousal abuse, and helping the victims (as was a family member of ours), get back on their feet.  Domestic abuse is a HUGE problem in Honduras, that often goes unchallenged, and many of the victims end up being murdered.  Yet, victims of domestic abuse often find they have nowhere to turn in places like Honduras, as few safe places exist to seek shelter from an abusive spouse, and economic support is even harder to come by.  CAMO built the first domestic violence shelter in Western Honduras in 2010 with 24/7 protective services, therapy, medical services, and job skills training to enable the victims to support themselves and their children.

This daycare center is an ideal example of CAMO’s holistic approach to permanently resolving problems rather than just treating the symptoms.  Honduras does not have government sponsored programs like Head-start.  Most impoverished families, and especially single mothers, cannot afford to have anyone care for their children while they try to support their families.  Young children are often left alone or brought to work with the parent when that is practical.  CAMO helps to sponsor a daycare for children ages 2-6.  They recently sponsored some repairs to a leaky roof in the toddler section, and replaced the old and crumbling ceiling.  CAMO also provides a certified kindergarten teacher for children old enough to attend.

Approximately 60% of the population of Honduras is under the age of 25.  With proper training and opportunity, these young people can develop into a great workforce that can provide long-term growth for the economy.  OR, they can be left to their own ends, and most likely become criminals.  We believe that the next few projects are the best examples to demonstrate CAMO’s vision for sustained development in Western Honduras.

CAMO assisted in building a cultural center from an abandoned water cistern in 2007.  Unfortunately, we were unable to tour the cultural center due to scheduling conflicts.  But it’s a place for children and adolescents to explore programs like playing musical instruments, radio broadcast, and other artistic pursuits.

This beautiful sports complex was built to give children and adolescents a place to go for healthy entertainment, and to maintain physical fitness.  In addition to spaces for organized athletics like volleyball, soccer, and basketball, this sports complex offers a cardio and weight gym outfitted mostly with donated equipment.  According to José Bautista, Executive Director of CAMO Honduras, the gym has also served to improve the health of the women of Santa Rosa de Copan, who did not have the habit of physical fitness prior to the gym opening.

The trade school, in our opinion, is the “icing on the cake” when it comes to CAMO’s long-term vision for improving the lives of the people of western Honduras.  Again, 60% of the population of Honduras is under the age of 25.  Teaching young adults valuable trades is probably the most certain way to reduce the crime rate and improve the overall economy in the region.  Here, the young adults are able to learn skills, like carpentry, electricity, welding, masonry, culinary arts, textile production, computer skills, and several others.  There is even a short program to train Coffee Baristas, which seems appropriate in an area with such high coffee production.

Overall, we were EXTREMELY impressed with all that CAMO has accomplished.  We would like to sincerely thank José Bautista, Anabel Gonzales, Heidi Hernandez, and the rest of the team at CAMO Honduras who took the time to give us a tour of all of CAMO’s projects in Santa Rosa de Copàn.  Again, at Shisler’s Cheese House, charitable giving is an important part of our business model.  But we carefully scrutinize who we donate our time and money to; as we want to make sure it is used properly and makes an impact.  CAMO has passed all of our scrutiny with flying colors, and has gone beyond our expectations when it comes to using its resources efficiently, and taking a holistic approach to improving the lives of the community it helps.  We will continue to be proud donors and volunteers for CAMO, and highly recommend them to anyone who is looking for a cause to support.  For more information, visit www.camo.org .