There was a time when celebrities couldn’t get enough of the stuff: Linford Christie raced a milk float to the finish line, while Bob Geldof jogged through London to be rewarded with a pint of cold milk.

Today, though, the nation’s relationship with milk and dairy seems to have soured.

One in five Britons claims to have bought or eaten dairy-free alternatives in the past six months, according to market research by Mintel. 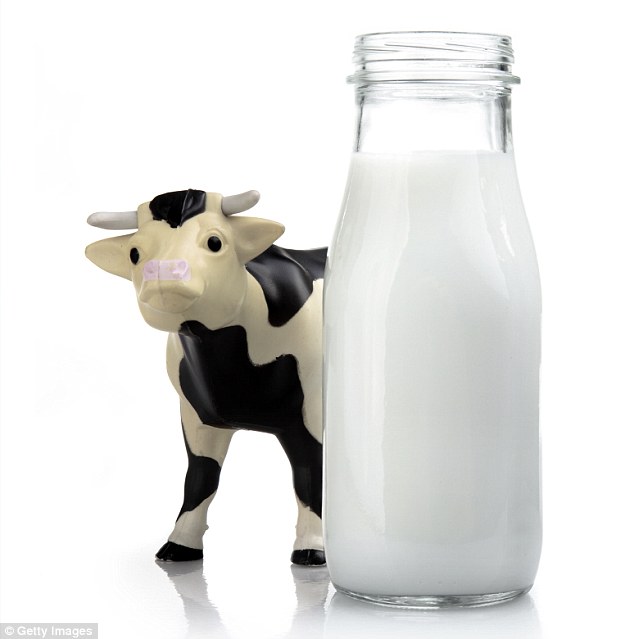 Many countries have introduced three-a-day dairy programs to encourage people to eat more. And just last month, Public Health England launched its latest Eatwell Guide, recommending cutting the amount of dairy from 15 per cent to just 8 per cent of daily food consumption and choosing low-fat and low-sugar options where possible.

This means 160 calories from dairy per day for women, and 200 for men.

To put this in perspective, a Cheddar cheese sandwich and small glass of whole milk contains roughly 217 calories from dairy.

Yet, many countries – including France, Australia, the U.S. and Ireland – have introduced three-a-day dairy programs to encourage people to eat more of it, because of concerns about calcium deficiency. Milk, cheese and yogurt are a major source of calcium, as well as essential nutrients including protein, iodine, and vitamin B12.

And last week a paper published in the British Medical Journal suggested that butter may not be so bad after all, as switching to vegetable or sunflower oil-based spreads made no difference to people’s risk of heart disease.

So, should we be eating dairy or ditching it?

CHEESE MAY PROTECT AGAINST DIABETES 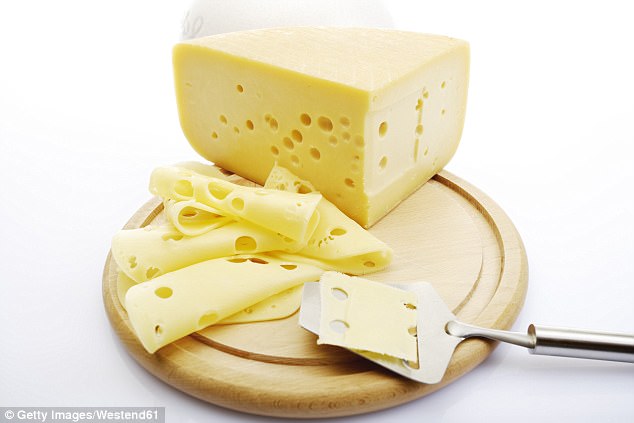 It’s thought calcium may bind to fats and interfere with their absorption, meaning more of it is excreted. One issue with dairy foods is that they contain high levels of saturated fat and – in the case of cheese – salt. This is a key reason why the new Eatwell guidelines have recommended reducing dairy intake.

For instance, a 2014 study published in The Lancet Diabetes & Endocrinology revealed that saturated fats such as those found in many dairy foods reduce the risk of type 2 diabetes.

This also fits with what many recent studies have revealed about high consumers of milk and other dairy products.

Cheese is full of saturated fat and salt, so you’d think it would be the worst thing you could eat

‘People who eat a lot of dairy, show no difference in their risk of cardiovascular disease, diabetes or mortality compared with people who eat small amounts. If anything, there is a small risk reduction – so it is actually beneficial,’ says Professor Arne Astrup, head of the department of nutrition, exercise and sport at the University of Copenhagen and a global leader in nutrition and obesity research.

Other constituents of milk and dairy, such as calcium, or substances produced during cheese and yoghurt production, may influence what the body does with those saturated fats.

‘Cheese is full of saturated fat and salt, so you’d think it would be the worst thing you could eat in terms of raising the risk of cardiovascular disease,’ says Professor Astrup.

‘But when you look at what happens to people who eat a lot of cheese, you see the complete opposite: it seems to protect against cardiovascular disease and type 2 diabetes.’

A 2014 study published in the American Journal of Clinical Nutrition revealed that when men were fed a diet rich in milk or cheese, their levels of so-called ‘bad’ LDL cholesterol were lower than when they ate a low-dairy diet containing similar amounts of saturated fat. 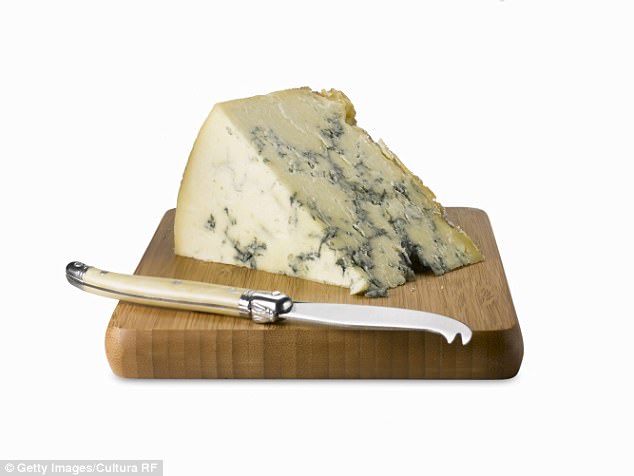 One issue with dairy foods is that they contain high levels of saturated fat and – in the case of cheese – salt. It’s thought calcium may bind to fats and interfere with their absorption, meaning more of it is excreted.

Gut bacteria may also be feeding on some of the fermentation products in cheese, producing compounds such as butyrate, which may have additional health benefits, suggests Professor Astrup.

Both diabetes and heart disease are associated with tissue inflammation, and butyrate seems to have anti-inflammatory properties.

Yoghurt is another fermented dairy product which seems to be particularly protective when it comes to type 2 diabetes.

SHOULD BUTTER GO BACK ON THE MENU?

even butter doesn’t seem to be quite the villain it has been portrayed as in the past. Last week’s study in the British Medical Journal revealed that although people who ditched butter in favour of ‘healthy’ vegetable oil-based spreads saw their cholesterol levels fall, this didn’t translate into a drop in levels of heart disease or death during the study period.

Indeed, those with the greatest overall drop in cholesterol had a higher risk of death. 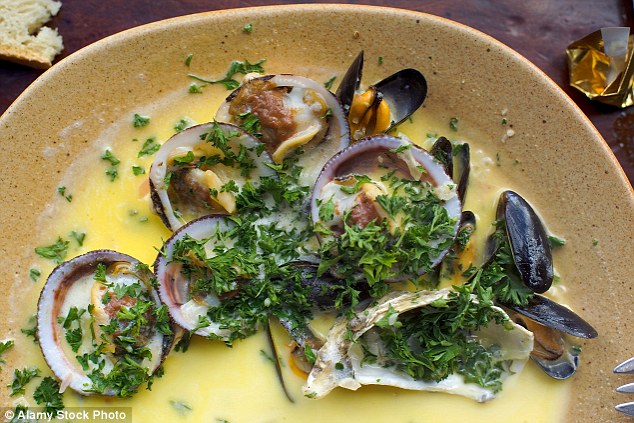 The guidelines were developed by scrutinising the nation’s eating habits, and then calculating the most straightforward way of tweaking those habits to makes sure everyone gets the nutrients they need. Dr Louis Levy, head of nutrition science at Public Health England, admits that the Eatwell guidelines aren’t necessarily based on the very latest research.

‘We base our advice on the recommendations arising from the Scientific Advice Committee on Nutrition,’ he says. ‘When they last looked at fats, they recommended that saturated fat was having this effect of causing an increase in blood cholesterol, which is linked to an increase in cardiovascular or heart disease.

‘There have been various papers coming up recently and that’s one of the reasons the committee is currently looking at saturated fats again.’

But he adds: ‘Until they conclude that piece of work we are retaining our current advice.’

He says the guidelines were developed by scrutinising the nation’s eating habits, and then calculating the most straightforward way of tweaking those habits to makes sure everyone gets the nutrients they need.

‘Teenage girls in particular aren’t actually eating or drinking very much from the dairy section at the moment, so suggesting they have more isn’t necessarily going to address the calcium issue,’ he says.

As he points out, calcium is also found in starchy carbohydrates (such as rice, potatoes and bread).

It’s also found in vegetables such as kale, spinach and soya beans. Indeed, gram for gram, kale contains more calcium than milk. However, it’s far easier to drink 100ml of milk than to eat an entire plate of kale. 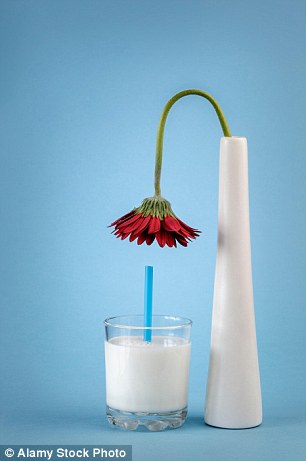 MILK AND THE FEAR OF CANCER

Some people feel that milk disagrees with them. Only a third of adults worldwide can digest it; most people stop making the enzyme needed to break down lactose – the sugar in milk – in infancy. In East Asia and Southern Africa, more than 90 per cent of adults are lactose-intolerant, leading to symptoms such as abdominal pain and bloating after drinking milk. In Northern Europe it’s somewhere between 2 per cent and 20 per cent.

The ability to digest lactose is genetically determined – the result of mutations which first arose in humans 6,000 years ago.

‘The advantage of being able to digest it was twofold,’ says Professor Ian Givens, who studies nutrition and human health at the University of Reading. It improved general health by providing more calories and nutrients in a relatively small amount of food or drink, and this, he explains, ‘led to more successful reproduction’.

There is a popular perception that eating dairy raises the risk of cancer. But the scientific evidence is mixed.

A 2015 paper in the American Journal of Clinical Nutrition reviewed 32 studies and concluded that high dairy consumption is associated with a small increased risk of prostate cancer.

One possible explanation is that drinking milk, for instance, stimulates the production of a growth factor called IGF-1, which takes the brakes off cell growth. ‘Milk was designed to be consumed by infants before they are weaned, when the body’s tissues are growing faster than at any other time in life,’ says Professor Jeff Holly, an IGF-1 researcher at the University of Bristol.

‘You are designed to grow until your bones fuse at puberty, so stimulating growth at that time makes a lot of sense. After that, you don’t want to be stimulating tissues to grow.’

However, the links between dairy consumption and cancer are far from clear-cut, says Professor Givens: ‘Current evidence suggests milk might increase the risk of prostate cancer somewhat, but that it is strongly protective against colorectal cancer.’

One theory is that the calcium in milk and other dairy foods helps mop up one of the cancer-promoting components of red meat, an iron-rich substance called heme.

TRENDY ALMOND MILK IS NOT ‘SUPERIOR’

Many people wrongly assume that soya or almond milk are ‘superior products’, says Sioned Quirke, a registered dietitian and spokeswoman for the British Dietetic Association.

Almond milk, for example, may have fewer calories than cow’s milk. But unless it has been fortified, it contains far less calcium.

And whereas soya milk contains around 3-3.4g protein (needed to build new cells and maintain muscle strength) per 100g – which is similar to cow’s milk – almond and oat milk contain just 0.2-0.5g. ‘Not recognising such differences could have real consequences, especially for children,’ says Professor Givens. 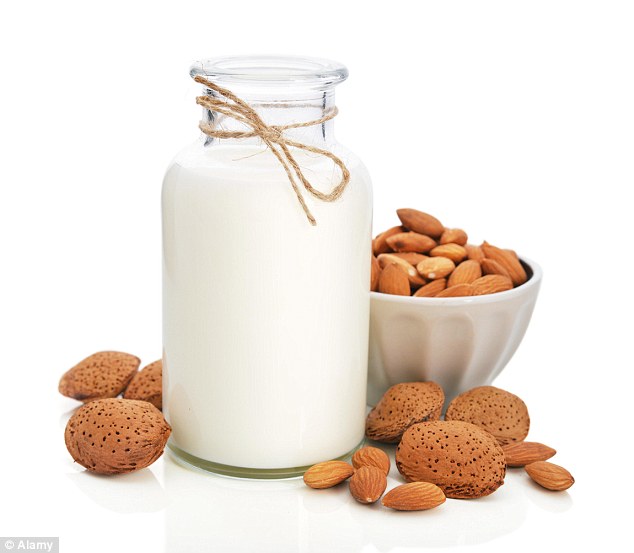 Almond milk may have fewer calories than cow’s milk. But unless it has been fortified, it contains less calcium. So what to do? It seems the story with milk is more complex than it looks. It has evolved to promote the growth of infants. But there are also advantages for adults who consume milk and dairy products in terms of protection against cardiovascular disease and type 2 diabetes.

However, as we live longer, it’s possible that for some people, these advantages may start to be outweighed by disadvantages.

It’s too soon to say, and you shouldn’t ditch dairy without considering how you’ll replace the protein, calcium and other nutrients it provides.

‘If you are very physically active and have a good healthy diet, you probably don’t need dairy. But it would be a bad health message to tell people who lead an inactive life and have a poor diet to avoid milk and dairy products,’ says Professor Holly.

Personally, he avoids drinking milk because of the potential cancer risk, and because it seems unnatural to be drinking it as an adult.

‘But I still have a weak spot for a nice blue cheese after dinner with a glass of port,’ he confesses. ‘It’s a case of being sensible and trying to maintain a good, varied diet at whatever age without being fanatical about it.’