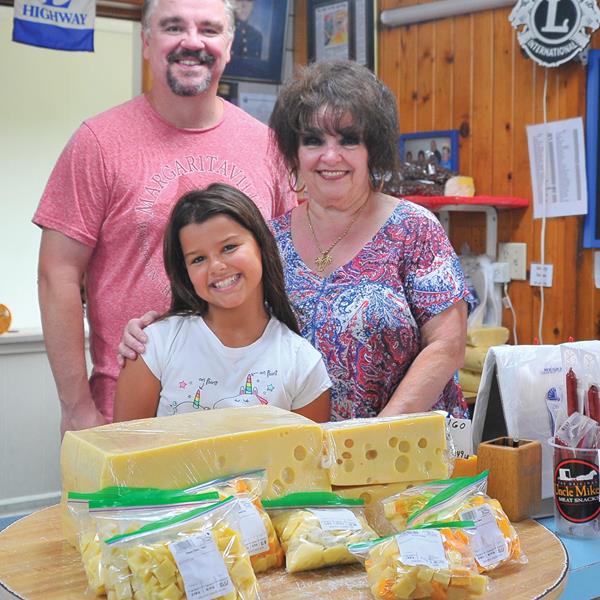 Very Nice Article about us by Dan Starcher of the Daily Record:

ORRVILLE — The small roadside store at the corner of U.S. Route 30 and Kidron Road, known as Shisler’s Cheese House, has served as a landmark to cheese connoisseurs, including comedian Bob Hope, for 60 years.

To celebrate, owner Rita Shisler is having a party. Festivities at the store, located at 55 Kidron Road, Orrville, started Friday and continue Saturday. There will be free bratwursts, prizes, music, face painting, a bounce house and, of course, cheese samples from 8 a.m. to 6 p.m.

“I remember picking up the phone one day and the caller said, ‘This is Bob Hope and I would like to order some Baby Swiss,’” said Rita Shisler. “I didn’t believe it, but the check came with his name, address and signature. I talked to him four or five times per year, every year, until his death. After Bob died, his wife would call and order cheese until she passed away.”

Shisler didn’t exactly know how Hope heard of the store, but she kept copies of his checks and his signatures as mementos.

Another big-time order came courtesy of the owner of the NFL’s San Diego Chargers.

“The team owner of the Chargers came in and had some ham,” Rita recalled. “He fell in love with it. He then had me ship them to every team owner across the United States. I did that for years. We packed them in coolers and enclosed a card. Even as new owners came along, we would send to them. He wanted all of the other owners to have some Streb’s Ham.”

Another story, Rita recalled, was when Grandpa John Shisler was taken to jail for operating the business on Sunday. “He purchased the store from Fred Bieri in 1958 and back then there was a law, the blue law, that you could not be open on Sunday to conduct business.”

An angry John Shisler said that the government would not tell him when he could work and when he couldn’t. The story goes that the local authorities sent a person into the store to buy some bread, then returned to arrest him after the sale was made.

“The family went to post bail but he refused,” said Rita. “They finally released him after a couple of days.”

John Shisler’s son, Dan, took over the store in 1959 and, after he and Rita were married, he went to work elsewhere and Rita took over operations. She has been growing the operation ever since. Dan passed away 14 years ago.

At 72 years old, Rita Shisler isn’t slowing down. In fact, she is as busy as ever serving in various civic organizations, but she is slowly turning business operations over to her son, Dennis, while her other son, DJ, runs a store in Copley.

Dennis served in the United States Marine Corps, attended college and worked in the corporate world for a number of years before returning to the family business.

Since coming to work for his mother, Dennis has focused on modernizing operations and building the internet ordering component of the business.

“She has brought the store to this level and she is wonderful for public relations,” Dennis said. “She really brought this place to the next level from a marketing standpoint. She built up the retail business, and I want to expand it online and focus on website sales.”

A steady stream of loyal customers were pouring in on Friday as Rita was celebrating six decades of business with friends and family while offering bratwursts and cheese samples to customers outside.

“I have been making the trip here from Massillon for more than 30 years for Swiss cheese,” said Robert May. “Everything they have is great and the people are so friendly.”

Linda Nussbaum of Orrville has been frequenting the store for 40 years.

“We used to stop here and get cheese on our way to our grandparents’ house nearby,” said Nussbaum. “We would have it eaten before we got there.”

Rita attributes much of the success of the business to her mentor, Harold Freedlander, of the former Freedlander’s department store.

“I was struggling with the business and I went to SCORE (service corps of retired executives), and he became my mentor,” Rita said. “He helped and guided me and that is when things started to connect and the business began to turn around. I thank Harold Freedlander from the bottom of my heart.”

The original article in The Daily Record can be found here.